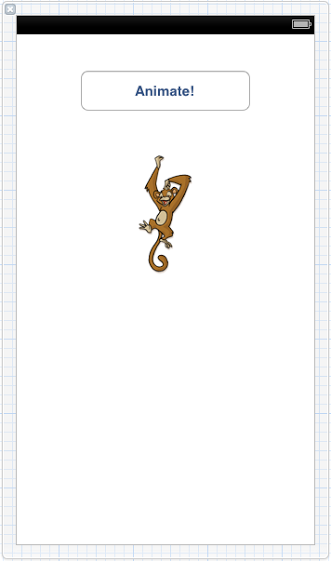 When I tap the button I want to animate the image of the monkey moving down. This is all very simple.

And it all works as expected. 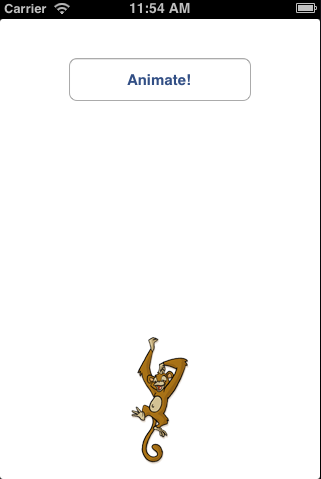 Now let’s say once the monkey is down at the bottom of the screen we want to add another image – a zebra. Again, the code is very simple.

So how do we fix this problem? It’s pretty easy – we just need to add the monkey image in code instead of through Interface Builder. If you are animating a view it’s usually better to create the view in code.

So when should we use Interface Builder?

Does this mean we should completely avoid Interface Builder? Not necessarily. In my opinion Interface Builder can still be useful for building many views, even when you’re doing animations. For example, if I wanted a custom background image in this example it would be very simple to add it in Interface Builder. Interface Builder is still great at allowing us to visually create the screen without having the burden of any code maintenance.

I would avoid using Interface Builder either if it causes layout issues (like in this example) or if you’re trying to do visual inheritance. If you have multiple views with similar elements there is no straightforward way of doing visual inheritance and you usually end up duplicating quite a bit of functionality. It’s obviously pretty easy to copy-paste between views in Interface Builder, but it’s also far from ideal.

You can find my example on GitHub. Happy coding.