Last week I was lucky enough to be able to attend the RubyFuza conference in Cape Town, South Africa. As far as I know this is the biggest Ruby conference in South Africa and when ThoughtWorks offered me the chance to attend I grabbed it with both hands (even though it’s a long flight from New York).

The conference took place over two days and had close to 100 delegates attending. Obviously this is nowhere near the size of some of the conferences we have in the US, but considering that this is only the second iteration of the conference I consider it a smashing success. If you’re a Ruby developer in South Africa make sure you attend it next year. (The conference has a twitter account for updates)

I was quite surprised by the number of international speakers – out of the 20 speakers only 12 were based in South Africa. They key note was done by Sven Fuchs who is very well-known in the open source community. There was a good mixture of technologies being discussed (including two relating to CoffeeScript) as well as general talks on structuring and abstracting code. I predict in a few years the popularity of the conference will require multiple tracks to be introduced which usually improves the overall quality of presentations even further.

I would definitely recommend the conference to any Ruby developer (no matter what you level of experience) and if you feel up to it – try and present. The conference also has lightning talks (which are usually less than 5 minutes) if you only want to wet your feet with a very brief presentation.

As I said, I would highly recommend the conference. It’s a great way to learn about different technologies in the Ruby world and meet other developers. Cape Town in February – what could be better? 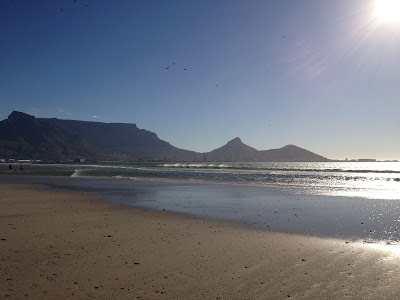